After many months of waiting, Apple has now finally officially launched the iPhone 6s and iPhone 6s Plus to the world! Once again, Apple has surprised the tech world with its spectacular features. 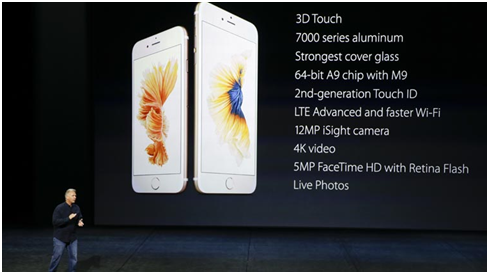 The iPhone 6s and 6s Plus comes with enhanced cameras. The back camera is a 12 megapixel iSight camera and the front camera is a 5 megapixel HD camera with Retina Flash. Ladies, get ready for better selfies! Apple also introduced a ‘Live Photos’ option to “capture moments in motion,” although this is nothing new for Samsung, HTC and Nokia users.

This time, the iPhone 6s and 6s Plus will be available in four colours; gold, silver, space grey and a new rose gold metallic one. Its price range starts from $299 for 16GB rising up to a maximum of $499 for 128GB. Shocked? Too cheap? These are of course the price range for the carrier-locked versions of iPhone 6s.

You can see the iPhone 6s & 6s Plus in action here. Watch below:

You can read more about the iPhone 6s here.

Siri’s hint: While all the eyes are on iPhone 6s, you can gear up for Apple’s iPhone 7!