There have been quite some announcements from Facebook, Instagram and WhatsApp. These social media platforms have released new products/tools/features or are testing new features for a future roll-out. Read on to know what’s happening.

Facebook Releases Three New Products for Messenger: Facebook rolled out three new products for Messenger based on feedback received from businesses, developers, and active Messenger users. These include AR for the Messenger platform, the ability for developers to integrate built-in Natural Language Processing (NLP) with their page inbox, and M suggestions for English-Spanish translations in Marketplace conversations between buyers and sellers in the United States. Facebook plans to expand M translations to all Messenger users in the U.S. in the coming weeks. Businesses that are interested in incorporating AR effects into their Messenger experience can sign up for the waitlist and receive notifications when this feature becomes more broadly available.

Facebook Unveils Clear History: After receiving a backlash wrt data collection and privacy, Facebook announced plans to build ‘Clear History’. This is an upcoming feature that will enable users to view and delete the data Facebook collected from websites and apps that use its ads and analytics tools. ‘Clear History’ is presently in development and will be released in the coming months.

Facebook Announces Upcoming Dating Feature for Meeting “Non-Friends”: Facebook has plans to ‘take down’ Tinder! Facebook is building a new feature for dating and relationships within the Facebook app. According to Mark Zuckerberg, people already use Facebook to meet new people and once this new product is released, they’ll have the option to discover others with similar interests through their Groups or Events. Facebook plans to begin testing the dating feature later this year. This new feature will try to be different from Tinder; which is for quick hook-ups. Facebook team is banking on the fact it has more data on you and your interests to propose a ‘perfect’ match for you than any other dating sites.

Facebook Announces Upcoming Groups Tab and Plugin: Facebook announced plans to roll out a new Groups tab that will make groups a more central part of the Facebook experience. The new Groups tab will make it easier for users to manage their groups and will have a Watch Party feature for watching and discussing videos together within groups. In addition, Facebook is launching a new Groups plugin that admins and developers can add to their websites and emails to solicit people to join their Facebook group.

Instagram and WhatsApp Will Soon Have Group Video Calling: Facebook announced that group video calling will be rolling out to Instagram and WhatsApp in a future update. Video chat will be available within Instagram Direct and will allow both one-on-one and group conversations on the platform. On WhatsApp, group calling will simply be added to the already-popular voice and video calling features in the app. In the same announcement, Facebook also promised that stickers will also be coming soon to WhatsApp.

Instagram Experiments with Improved Explore Section: Instagram is currently testing a redesigned Explore tab that will make it easier for users to discover things they’re interested in and organize suggested content into relevant topic channels. This new tool will make it easier to browse your interests and go deeper into any area you’d like. According to Instagram, the new Explore will be rolling out over the coming weeks. 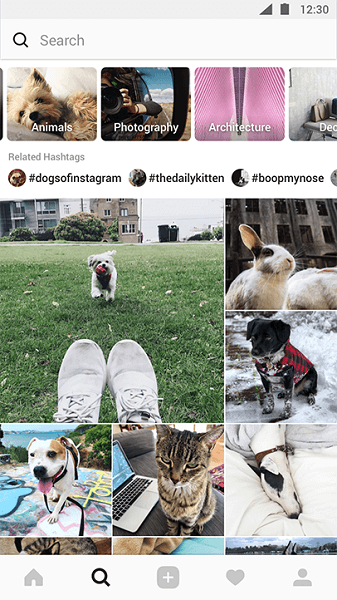 Facebook and Instagram Allow Third-Party App Share to Stories: Facebook announced that select third-party apps can now enable the ability to share screenshots of their apps to Instagram and Facebook Stories with just a tap of a button within the app. The new Sharing to Stories feature initially launched with a handful of apps including Spotify, SoundCloud, GoPro, and others. More apps will be added soon. 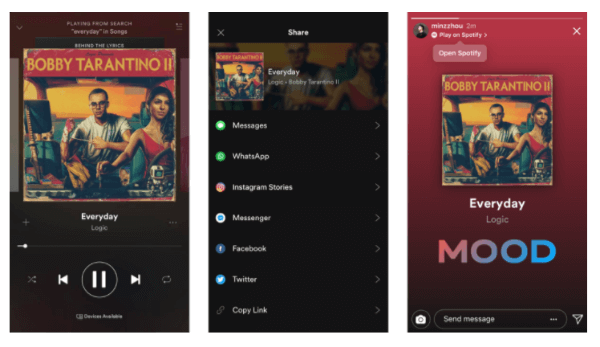 Facebook Unlocks Augmented Reality Camera Effects Platform for Instagram: Facebook unlocked the ability for third parties to design customized and interactive AR camera experiences for their Instagram followers. TechCrunch reports that “the filter platform will operate a little differently on Instagram, where people will be exposed to user-designed filters based on the accounts that they follow… [and] will also enable users to try out filters directly from their friends’ Stories.”

Facebook Rolls Out New Analytics App and Analytics Tools: Facebook released a new Facebook Analytics mobile app, where admins can review their most important metrics on the go in a streamlined interface. The new app keeps personalized overview tabs, features dashboards with reports saved via desktop, allows users to receive notifications about significant changes, and more. The app is available for both iOS and Android.
Facebook introduced Journeys from Facebook Analytics, which anonymously aggregates data from websites, apps, Messenger bots, and Facebook pages and gives admins a holistic view of the different interactions people have with their business before converting, making a purchase, or subscribing. According to Facebook, this information enables businesses to understand the impact of different channels people use and identify patterns in behaviour that lead to conversions. 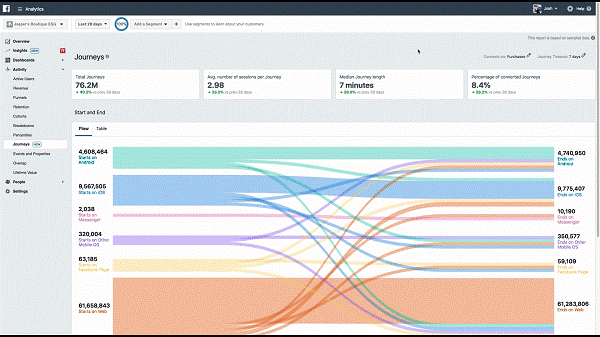 Finally, Facebook added more automated insights to Facebook Analytics. This includes auto-detected funnels that use machine-learning algorithms to identify the most frequent paths users take through their apps and websites and across multiple channels, automatically generated funnel conversion insights tailored to businesses, and insights based on custom parameters.

Facebook Expands Downvote Button Test to Include Upvoting: Facebook began testing a new downvote mechanism for comment moderation with “a small set of people in the U.S. only” in February. This week, Facebook expanded the test to include the option to also upvote comments. The upvoting and downvoting buttons are currently limited to New Zealand and Australia and are only found on public page posts.

Need to define your Digital Brand Positioning and Marketing Strategy? Contact us on 433 8020, Facebook or on digital@spheremedialtd.com.